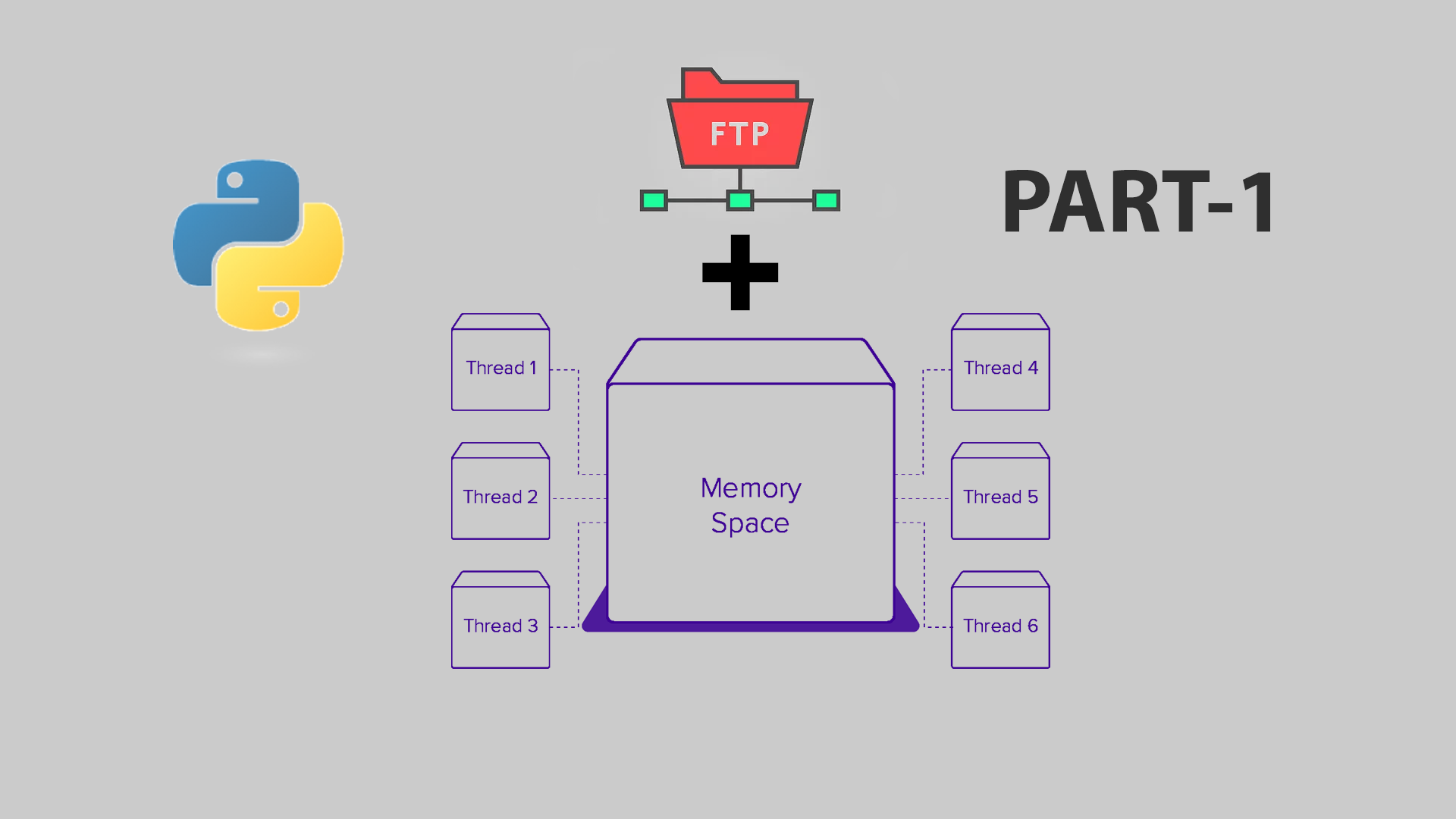 Hello guys ! In this tutorial series  I will be showing to develop an interactive shell program in Python for FTP services. The modules which I will be using for the ftp service is Ftplib module which is an inbuilt module in Python. For those who want to  learn more about this module can go through its documentation here. Also the program will show, how to use Multithreading in Python to divide multiple tasks and enhance the computational capabilities of the program.

First of all lets have a foundation on the ftplib module’s functions that we will be using in our program.

Log in as the given user. The passwd and acct parameters are optional and default to the empty string. If no user is specified, it defaults to 'anonymous'. If user is 'anonymous', the default passwd is 'anonymous@'. This function should be called only once for each instance, after a connection has been established; it should not be called at all if a host and user were given when the instance was created. Most FTP commands are only allowed after the client has logged in.

Store a file in binary transfer mode. cmd should be an appropriate STOR command: "STOR filename". fp is a file object (opened in binary mode) which is read until EOF using its read() method in blocks of size blocksize to provide the data to be stored. The blocksize argument defaults to 8192. callback is an optional single parameter callable that is called on each block of data after it is sent. rest means the same thing as in the transfercmd() method.

Retrieve a file in binary transfer mode. cmd should be an appropriate RETR command: 'RETR filename'. The callback function is called for each block of data received, with a single bytes argument giving the data block. The optional blocksize argument specifies the maximum chunk size to read on the low-level socket object created to do the actual transfer (which will also be the largest size of the data blocks passed to callback). A reasonable default is chosen. rest means the same thing as in the transfercmd() method.

Lets analyse the above code now :